Finally, film is catching up…

As with most things, technology brings benefits for the user. I can remember when netwrap replaced baler twine, and a roll of net was 3000m long; Now the leading producer has a net that is 4500m long, a full 50% more, the same weight and diameter as the old ‘original’…quite an achievement ! Read more

For some years now, the stretchfilm producers have been working to try and deliver a similar advantage in their product, a real necessity as each roll wraps so few bales before needing replenishment. As the whole bale-wrapping process is closely determined by the physical properties of the rolls, which are required to move around the bale that is indexing on a platform, any development of longer or bigger film rolls is restricted by their weight and size.

To achieve this has been a challenge for the various film manufacturers, bringing a longer length roll of film, which is still within the roll weight and dimensions required for all of the bale-wrappers’ systems has led to quite a selection of options for the customer.

The most used film thickness has always been 25µ. Today there are stretch wraps in 19µ, 21µ, and 22µ plus the existing 25µ available. Some of them are recommended for round bales only, including special requirements for handling or storing, because of their physical properties.  But the market continues to demand a product without any special limitations. Like a longer roll of netwrap, the new stretch film should be a 1:1 replacement for the “classic” product. To achieve this is not so simple. It was not easy for Tama to create a lighter netwrap with the same strength. Iin the end the new technology that Tama created for their lightweight net, to allow many more metres on the roll, actually produced a higher strength and still maintained the same roll diameter for use in every baler.

It does seem that some film producers are finally getting there, to bring equal strength and performance in a lighter film, to allow longer length rolls and an increase in output of the machine. The new film of 22µ can now replace the current 25µ product and enjoy a 10% longer roll. The roll length for the popular 750mm roll size is now increased from 1500m up to 1650m. Since the product was launched 3 years ago I don’t know of any negative reports in its usage, even on large square bales in the summertime!

These new technologies, of Tama’s netwrap and the film producers advanced stretchwrap products don’t only give time and cost saving in their use; they also bring ‘greener’ benefits. Be sure that these new products are using less plastic for the same bale count, so much so, in fact, that if all net and film sold in Germany was of these types it would save 4.000 tons of raw materials and finally waste.

It is not only the material and later on the waste! Longer rolls are saving at the end also the amount of packaging, cores and transport. A full truckload of 750mm x 1500m 25µ film contains 800 rolls. To transport the same amount of “meters” or “baling potential”, a truck with 750mm x 1650m 22µ can save 2 pallets. For a single truck it sounds not very impressive, but if all rolls in the German market were made in 22µ instead of 25µ it would be around 80 truckloads less.

Looking in the future, the transition from today’s standard films becomes not an” if” it is just a “when” the ratio of the thinner film becomes common. End user loves the higher yield of croppackaging products. More yield means higher output and machine performance. Saving time, energy, materials, packaging and waste. 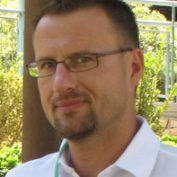